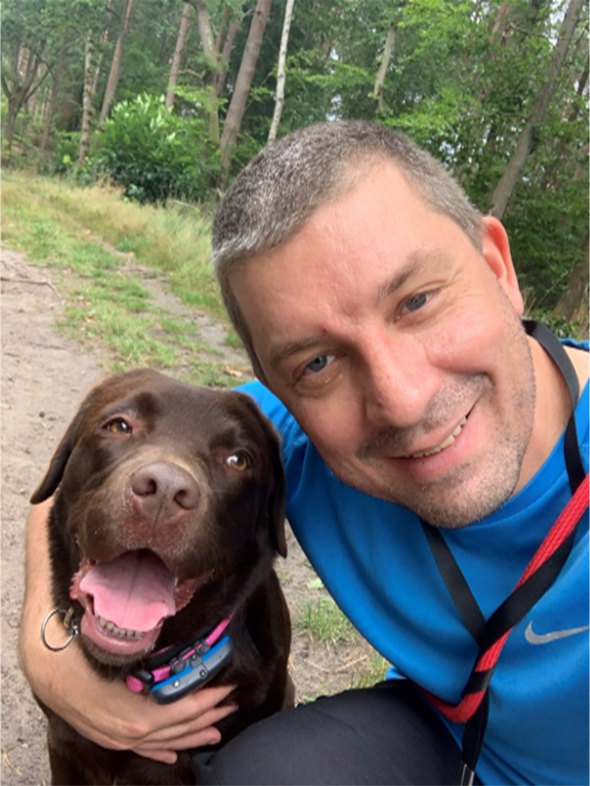 James Morgan-Yates (local resident and founder of AshRanges.com) shares frustration at the situation that  local residents find themselves in. http://www.AshRanges.Com

I have lived in Ash Vale, close to the main gate for the ranges for over 7 years. When we moved to the area there were two big attractions that made Ash Vale our choice. Good commuting links (both rail and road) and Ash Ranges as an area for recreation. There were unfortunately many rumours that the ranges were  to be closed to the public. However, no public consultations had taken place and before closure this should happen. The Ranges are run by the DIO (Defence Infrastructure Organisation) who are a department within the MoD who look after lands and facilities. You may remember news stories of taxpayers being charged over £50 to change a light bulb in a soldier’s home. That was the DIO.

Whilst being funded by the state they lack any kind of oversight or accountability. The issues with the DIO aren’t limited to the local residents of Ash and Ash Vale. They have embarked upon a campaign to unlawfully remove public access from military lands throughout the south.

In January 2020, I noticed that the DIO were replacing the main gates to the ranges. To date the gates had been to prevent vehicles entering when the ranges were closed. The new gates were clearly being put in place to prevent access. I asked one of the contractors on the gate what was happening, and he said, “you know they are closing off the ranges, don’t you?”.  I contacted our MP Michael Gove to express my concerns and to discover whether this was true or not. He simply passed my letter on to Jeremy Quin MP (Minister of State for Defence Procurement) who has overall responsibility for the DIO. His response, almost 2 months after my letter to Michael Gove, stated

“I appreciate the strength of feeling amongst the local community on this matter and in response to the ongoing anti-social events at Ash Ranges, the department will be meeting with Ash Parish Council to discuss potential options to address this issue.”

His letter was dated 3rd March 2020 yet by the start of lockdown the ranges (the Range Complex as they call it) had already been closed. This is 12% of the total area of the ranges amounting to approx. 330 acres but is the most accessible part of the ranges. If you want to access the open part the nearest unlocked gates are at the end of the road from Ash Vale Station (GU12 5LP) or at the top of hill on the Ash (Eastern) side of the ranges accessed from the woods behind Ash Community Centre. The pathways to these gates are not easily accessible for those with disabilities or the elderly.  During the winter months these paths are very muddy and unsafe.

When not in use for military training the ranges were used by a large and varied number of people ranging from the Guides and Scouts, through to Ramblers, Cyclists, Dog Walkers, Horse Riders and even the elderly. None of these activities are easily achievable now. A person with mobility issues isn’t able to walk a mile across rough uneven surfaces just to get to an open gate.

When they first closed the complex the DIO had put signs on the gates, which they had locked, stating that the ranges were closed due to COVID-19. I felt I had no option but to fight back at this injustice. On the 8th April my website (www.AshRanges.Com) went live.

Within a week the DIO had reached out and I was invited to attend an online meeting with the DIO and Ash Parish Council. This was the first contact APC had with the DIO for some time so the DIO had closed off the ranges before speaking with the parish council.

Throughout the rest of the year there were a  serious of misinformation and false claims from the DIO including:

· They denied the existence of the COVID signs that were put up at the start of the lockdown. They subsequently admitted that they had conveniently used the pandemic as an excuse to close ranges.

· Dog owners not clearing up after their dogs was another reason. Although reports for servicing personnel (who hate the DIO) have stated that this isn’t an issue in their experience.

· Members of the public having accidents on the ranges, was another reason yet the evidence provided in response to Freedom of Information requests shows that no accidents happened.

The history of the ranges is relatively simple and the DIO are going beyond their powers to block public access to such an important area for recreation without public consultation, which is against the law.  The ranges were first established in 1855. At that time a large part of the ranges was made up of common land. Byelaws were put in place to protect the public’s right to use the ranges for recreation when not in use by the military. This allowed for the common land status to be removed so that the military could restrict access during firing. These byelaws still exist today but the DIO have sought to exploit these to go against the spirit with which these were put in place by denying public access to large parts, in this case 330 acres. The byelaws put in place provision for recreational use, when the lands are not being used by the military denoted by red flags and lamps. Within the byelaws there are several prohibited activities such as driving a vehicle. In addition is a clause that prohibits

“enter any part of the Military Lands which is specially enclosed or the entry to which is shown by a notice as being prohibited or restricted.”

This is the clause the DIO are using to justify why the Ash Range Complex is shut to the public, despite having never been closed for the 165 years the ranges have existed up to March 2020. The definition “specially enclosed” is a very interesting one. Clearly this was designed so that the MOD can fence off an area such as a secure building, or an electricity sub-station (for which there are several on the ranges). We were confused by this term and what it meant. A response from a Freedom of Information shows that the MoD has no official definition of what this term means. Yet they are able to use it to define the area that they have closed off?

To be clear that the area closed off (known as the Ash Range complex) is surrounded by fences. To the south and west sides, they use the perimeter fence which navigates around the entire Ash Ranges site, some 11 miles. This is a 5ft high fence, topped with barbed wire with warning signs at regular distances around the perimeter. The north and east sides however utilise a live-stock fence, only 4ft high, with no barbed wire and no warning signs. If you were to cross the fence on the north or east sides you wouldn’t know that you were entering on to an enclosed area. I actually raised this point with a MOD Police officer who regularly attends the ranges and his response, “it doesn’t matter, you should know they are closed.”.

In my experience over the past year the DIO have two modes of operation. They either operate in silence hoping no one will notice/challenge or one of arrogance and un-accountability. Any challenge to what they are doing seems to be interpreted as a personal attack on the senior rank and file who are making the decisions.  What is clear is that unless we, the local residents, continue to question and hold the DIO to account, they will continue to do what they like. Ministers seem unwilling to get involved so the public are left fighting a secretive organisation, acting against the greater good, funded by their taxes.  If we stand by and let this happen, we will permanently lose access to the 330 acres of land already closed off and more worryingly they will be free to execute the next phase of their plans. Perhaps closing of the entire ranges, expansion of the site, selling off for housing? Who knows what this will be but this natural and beautiful resource should be for all to make use of.

The DIO don’t care about the tensions they have caused between the military and local residents. Since this area has a rich history of the military and civilians living in harmony, I think their lack of care is a real shame. This in itself should be a wake-up call for politicians to replace the DIO with an organisation that is fit for purpose, offers value to tax payers’ money and is able to operate ethically and accountably in today’s society.