Mike and Jan moved to Ash Vale in 1977. Sons Steve and Dave were brought up to enjoy where they lived and the outdoors.  Camping, canoeing, swimming, scouting, it was all there for them and the young people in and around  the area.  The house and garden became known as “Toad Hall”, a show garden often open to the public and an enchanted haven for adventure for his two sons growing up.

Sadly Mike died on Saturday 8th August 2020, but he is remembered with great affection.

As well as bringing up their two boys and working, Mike and Jan still found time to become scout leaders, run a very successful canoe club, and teach swimming at the Command Baths in Aldershot and in Farnborough. Many a life has been saved and so much fun has been had by young people because of Mike and Jan Ferris. Mike was totally committed to teaching swimming and at Farnborough  taught so many people the skills and the enthusiasm to enjoy it. He was Examiner for Royal Lifesaving and also was part of the British Army swimming at the Command Baths in Aldershot. He is part of Farnborough’s swimming history.

His scouting started in 1978 and for the next 25 years his enthusiasm and his skills made a huge difference to so many young people. His hot chocolate and biscuits at scout camp is still remembered by so many; his cooking skills were passed on to the scouts, so many still enjoying cooking today, as other life skills, as a result of Mikes teaching. Mike can rest assured he made a huge difference to so many, especially young people, enhancing their opportunities in life.

(If you want the canoes why don’t you give Jan a ring.) 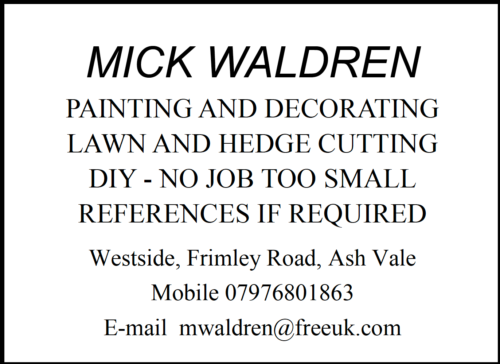 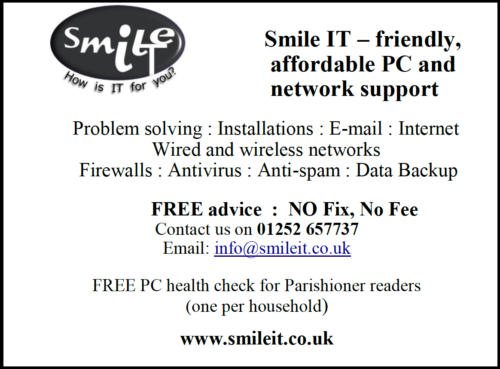