As Church Warden, one of my duties is taking care of the church and organising clean-up days indoors and out. Our team of helpers have been busy  sprucing up the area around Ada’s memorial stone, and I wanted to find out a bit about her and share it with you all, so she is remembered in our community. Here is what I was able to find out:

Ada Francis Young was born on January the 1st 1899, the second child of Edward and Francis young of 87 Heath vale bridge road. On February 15th 1899 she was baptised in the tin church that used to be on this site called the mission of St Mary.

Her father was a cab proprietor and had a boarding stables and also employed his brother. The  Ash Vale hotel was 3 properties away and her father and uncle would have been quite busy driving the handsome cab to and from the train station collecting passengers.

By 1911 the family and business had moved to 11 station road in Ash Vale, and Ada now had 6 siblings, on October 2nd 1911, her older brother Edwin joined the navy. In 1915 able seaman Edwin Young was sent to Gosport for torpedo training on H.M.S Vernon. Tragically, on September 10th 1915 he died in an accidental explosion when a charge exploded prematurely. Ada then became the eldest child with all the responsibility that that entails. She was courting a young man who also served and unfortunately died during the Great War. So much tragedy for an 18 year old girl to deal with, but she became a nurse and served throughout the war.

Ada loved music, particularly hymns, and she actually paid for our church organ. She was very busy within church life, and I like to believe that this helped heal her grieving heart, for she never married and never spoke about her brother or fiancé to anyone that I could find.

She was very good at getting others to do what she wanted and I would call her a woman of strong morals and faith. She loved wild flowers and liked to look through her book naming them all.

When she died on October 2nd 1987, Ada left a very large bequest to St Mary’s, which has helped us for many years. This memorial stone is a very small token of remembrance for a remarkably lived life.

If you have memories of St Mary’s in years gone by, why not send them in? We would love to hear your stories. Email

parishioner@ash-vale.org.uk  or pop in for a chat. 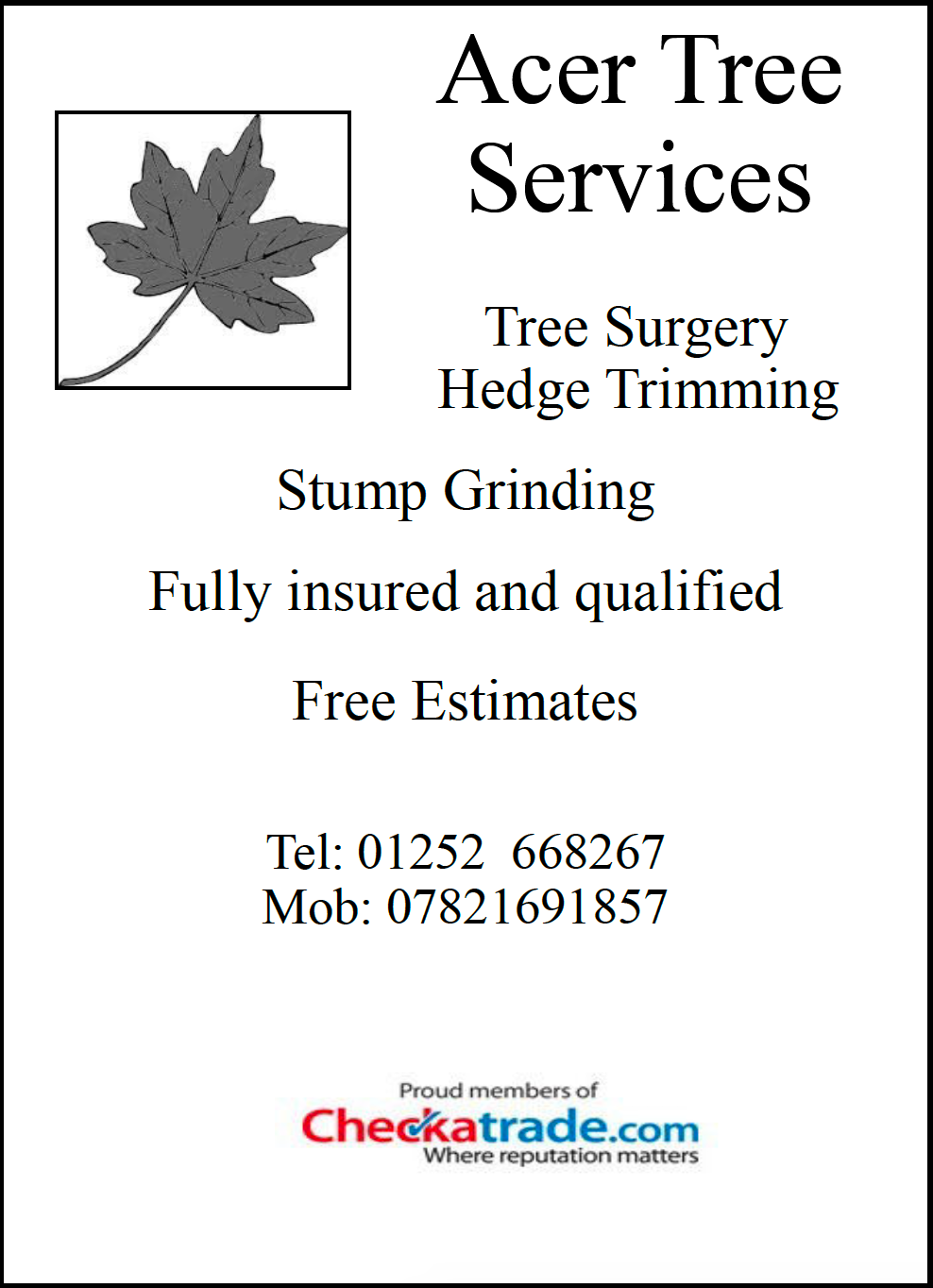